This LED lamp is a quick project that can be done within a day. Only a few cheap components are needed to create a nice looking ambient lamp. No programming is needed, only the WLED firmware is uploaded to a micro controller via a simple tool. A 3D-Printed version simplifies the build process a lot but the cardboard version is also quickly made and can be made huge in size. WLED is open source and provides many IoT interfaced including a web front end and an app that allows to control all the lamps in the local WIFI.

This page is still under construction

The lamp is built from a tube where the LED strip with 30 LEDs/m which is wrapped around the tube like a spiral. With specific slope so the distance between the balls and rows is similar. The following table show what measurements to take for which LED count. This is only for an interleaved design where each row is shifted by half a ball (that’s why the .5)
At bigger diameters the tolerances are tighter. Any errors while gluing on the ball will accumulate and nothing wont fit. Rather add on or two mm to the row distance to be on the safe side. Try small diameters first for practice.

The software used for the lamp is WLED. It’s open source and can be easily uploaded to the micro controller as binary.
The current binaries can be found in the release section of the github repository.
For the ESP32 you need to download the esp32_bootloader.bin and the WLED_0.10.2_ESP32.bin.
The bootloader is uploaded at the address 0 and the image at address 10000.

The tool used in the video is the Espressif Download Tool that can be found on their website.
When selecting the images to upload make sure to check the box of the image.
Last step is to select the correct serial port. To find out which one it is just check the drop down menu before and after the device is connected.
A reset might be necessary after the successful download.

The WLED App can be found in the app stores.

The 3D models as blender and STL files can be found here.

Links to the Parts 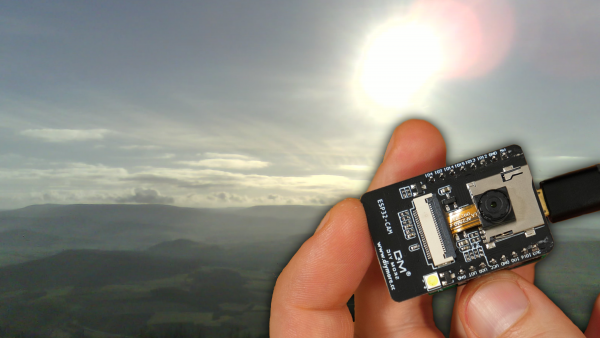